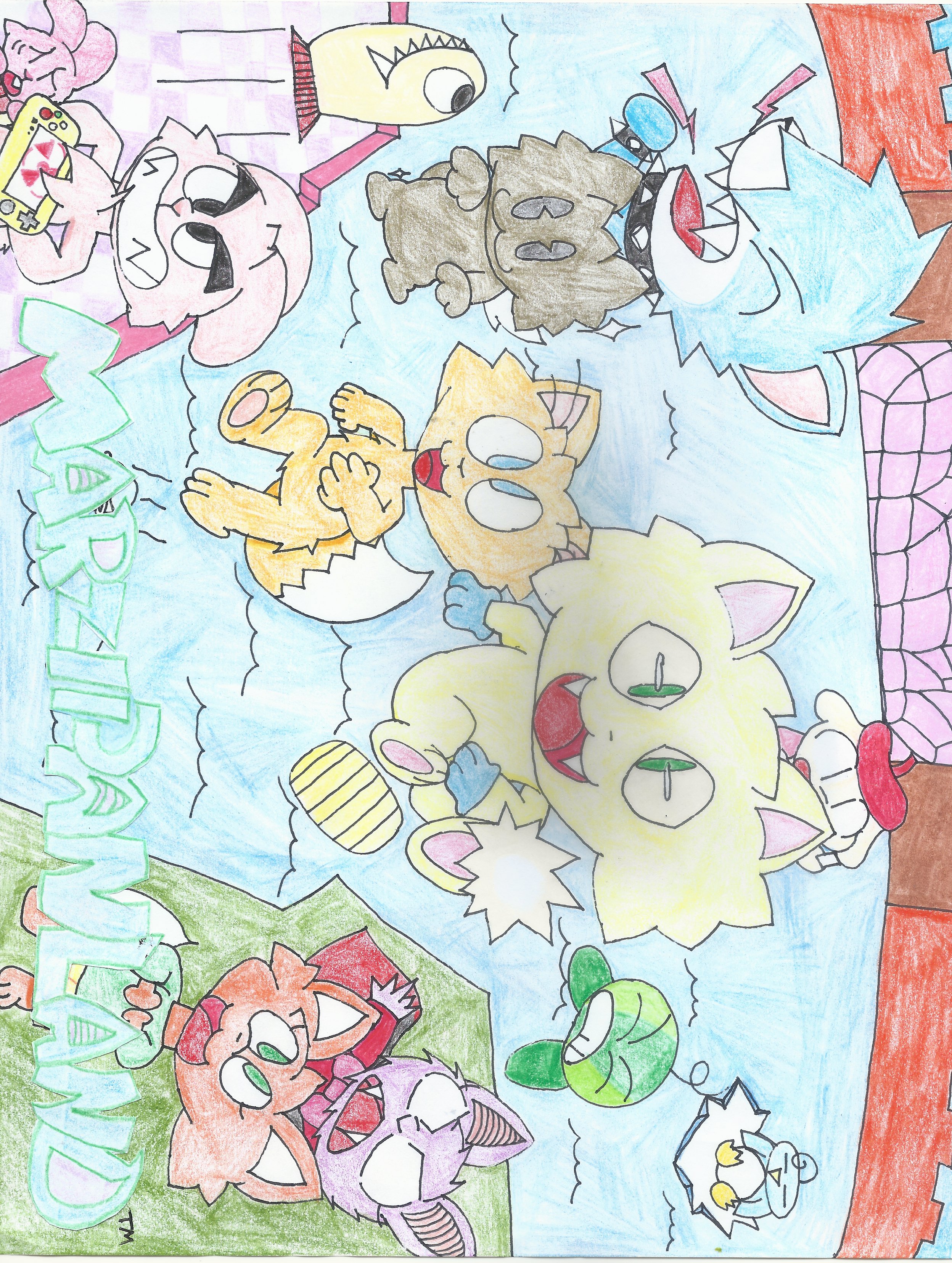 About a year ago, I announced a new video game for the Nintendo Switch along with a TV series that was set to air on a localized version of the Japan exclusive Kid's Station network. In reality, it was all an elaborate April Fool's day prank. A few months after that, I decided to take this series and turn it into a comic that told the events of the supposed video game that it was based on. (With a lot of comedic twists and exciting battles!)

The series takes place in a country located in the Pacific Ocean known as Marzipanland. Marzipanland is spread up into 7 different territories known as areas. (Although, there are a few more that aren't as important.) The citizens of this country used to live in peace. That was until the latest descendant of the Vampire Bat Clan, Marzipan, used her family's dark magic to transform most of the citizens into gold, monsters, and stone. The only person with enough power to reverse Marzipan's spell is a young fox girl named Missy. Knowing about Missy's power, Marzipan kidnapped her and placed her in the dungeon of Ashoe Castle. With the country in chaos and the people in danger, it is up to the heroic duo of Kuricha and Marrisso to take on Marzipan and her 7 Area Leaders, rescue Missy, and restore peace to Marzipanland!

Click on some of the links below to learn more about the characters and their world!


>Back to Main Page