Last April, I had a dream where I watched a new Pokémon Direct. (A Nintendo Direct where Pokémon news is announced.) In it, it revealed that a new mythical Pokémon was coming to Pokémon Sword and Shield. That Pokémon's name was 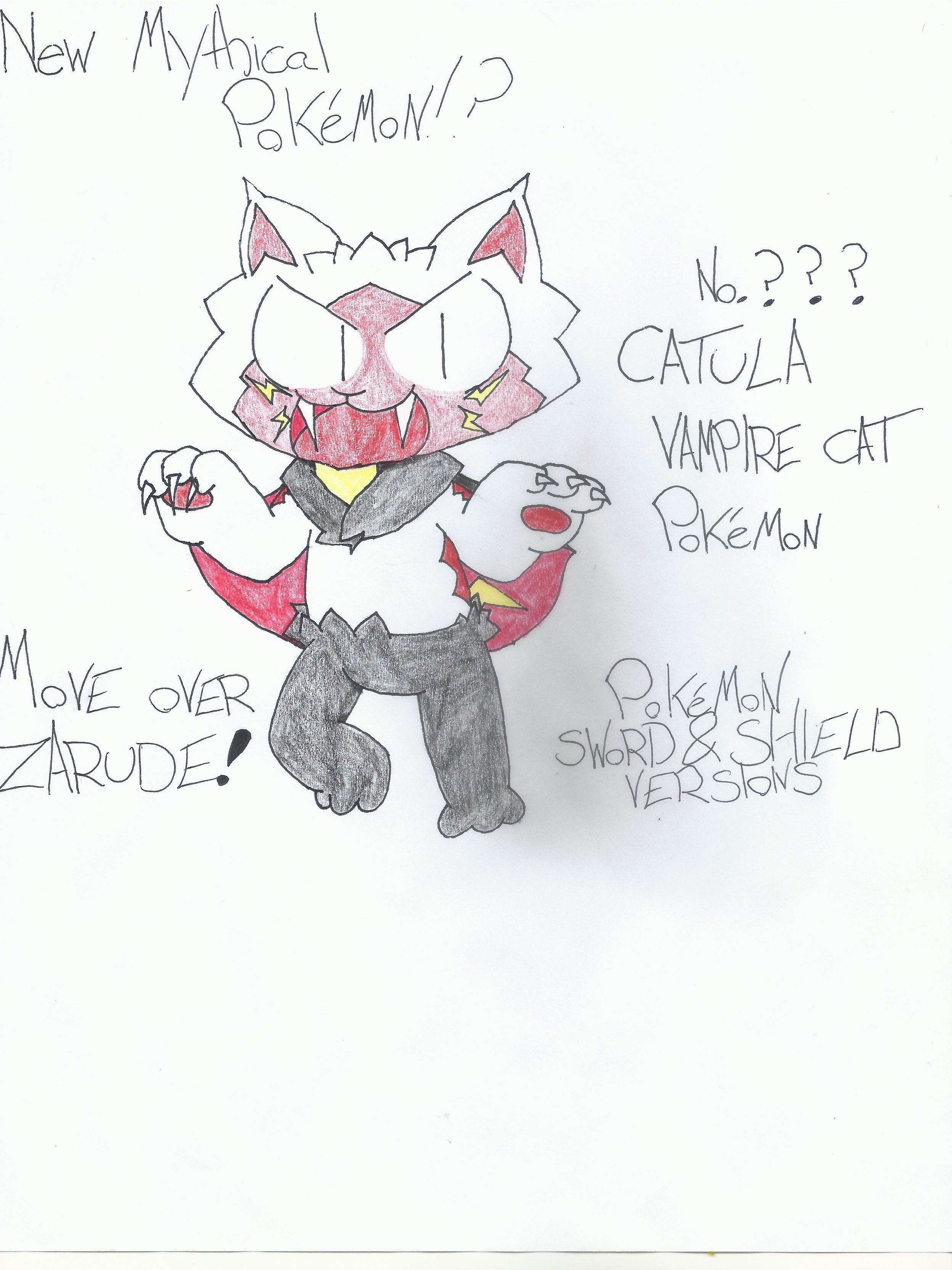 I was excited to get it for my game. But being a dream, Catula never really WAS announced... I liked the creature too much to let it be a passing memory. So after I finished school for the day, I made Catula to be my own Fakemon! (Fan-made Pokémon.) 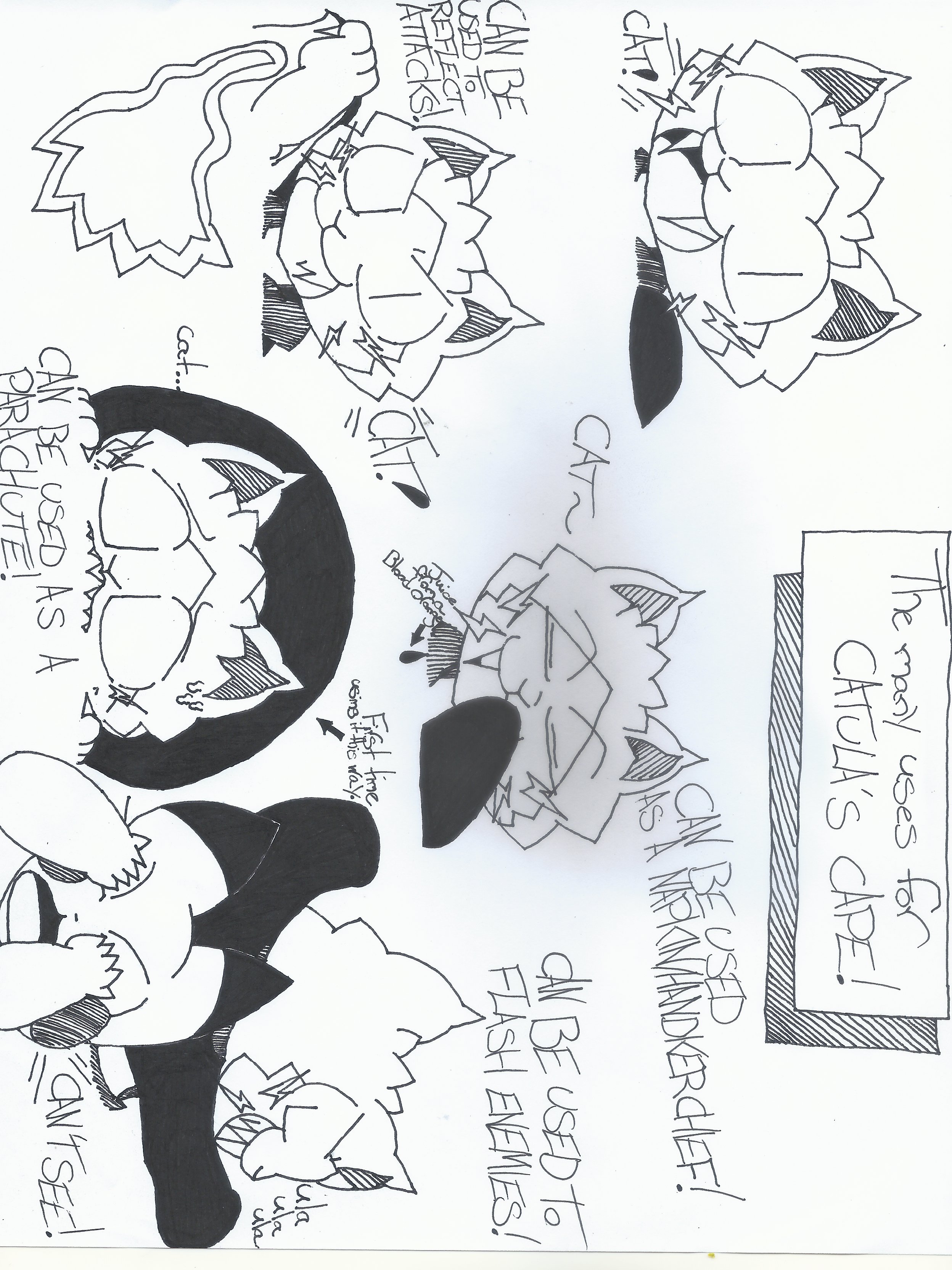 This Pokémon was first sighted somewhere in the mountainous parts of Europe. It uses its cape-like appendages to soar through the air.
It is known to drink the blood of mice and fish. However, scientists have discovered that it also takes great pleasure in the juice of blood oranges.
Catula is weak to the sun and gains sunburns easily. But thanks to its ability, it can gain a tremendious amount of power in battle.
It is the only Pokémon in the world capable of using a special Electic-type move. What that move is however has yet to be recorded...

It fills me with joy drawing Catula! It's such a cute and creepy little guy~


Like all Pokémon, Catula is known to have a shiny variant. Being a mythical Pokémon, however, few people have seen it. Let alone have had the gut to catch one.

The only candid photo of a shiny Catula.

You wouldn't think it would capable of becoming a rock star, but think again! See Catula in its Guitarist outfit! (I gained inspiration for this after I saw some artwork and a few plushies of Zeraora as a guitarist. ((Which I REALLY want to buy one day.)))

There's a certain Lucario who works as both a famous vampire hunter and a talented barista at a café somewhere in the world. A special picture of the individual.
From time to time, this Lucario will try and destroy Catula by any means necessary. But when it comes to that, let's just say that it isn't as great as when it's working in a kitchen... 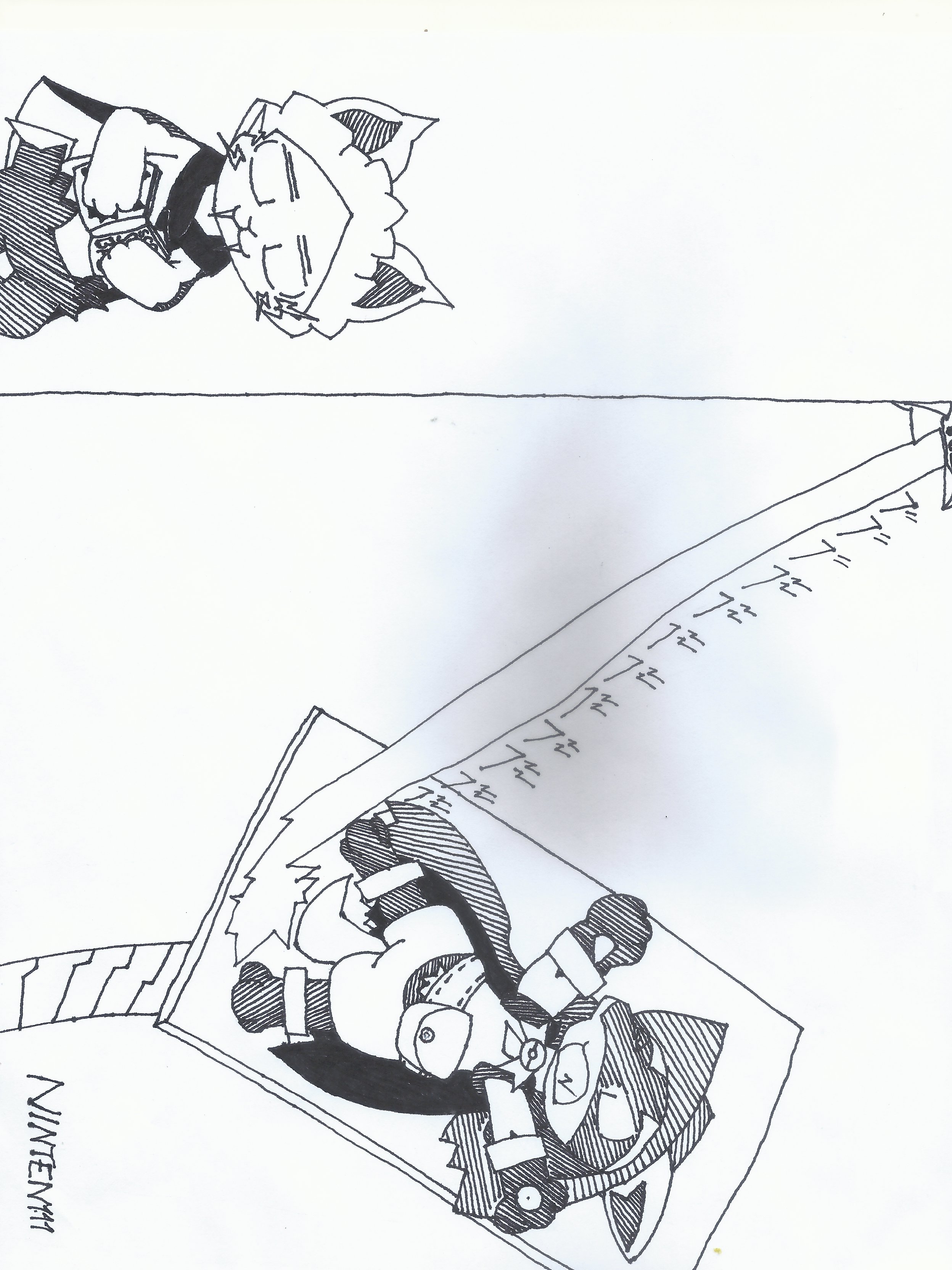 There's many good times to be had with this little guy! Stay tuned to both here and my main quarters for more vampire cat goodness!